Criminology 101: The Problem with Medical Marijuana 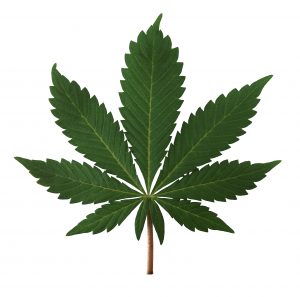 Recently Former Nevada State Assemblyman William Horne proposed legislation that would allow medical marijuana users to drive and not necessarily be prosecuted for driving because they have some marijuana in their blood.

Currently, the amount of marijuana that gives rise to prosecution is not only slight, but also includes marijuana “metabolite,” which is essentially marijuana that has metabolized and is no longer active. Prosecuting for metabolite of controlled substances paves the way for convictions of people who were not impaired or under the influence. A person who smoked days earlier is still in violation of Nevada DUI law. A chronic, habitual or medical users are effectively prohibited from driving legally in Nevada. If you’re not high and don’t admit to having smoked, how would the police know your blood is contaminated? How about being a registered marijuana user? Once they “run” your I.D., they’ll see your marijuana user registration and will have no difficulty writing a report to justify an arrest. Once arrested , a blood draw will show marijuana or metabolite and you’ll being taking DUI classes in no time. Additionally, I often get clients charged with more serious offenses like possession of a controlled substance (NRS 453.336) for substances found during a subsequent inventory search of the arrestee’s car, clothes or possession. Now you have a felony to defend against and you hadn’t even smoked in days. How does that marijuana made easy card sound now? To avoid a misdemeanor, people are setting themselves up for DUIs and other felonies.

The current law allowing prosecution for marijuana or cocaine metabolite is the equivalent of prosecuting for blood sugar (alcohol metabolizes into sugar). The high is gone, but the user is still unable to legally drive. A medical marijuana card alerts police to the high likelihood that a blood draw will result in a positive test for marijuana or marijuana metabolite.

Mr. Horne’s bill would force the State to prove that a person with marijuana in their system was impaired or under the influence at the time of driving. Proving impaired driving is done all the time and is not an unfair burden on the State. Currently a person charged with DUI when their blood alcohol level is under .08 requires the State to prove impaired driving. A person over .08 or with marijuana/metabolite in their system does not require proof of impaired driving. A person simply speeding or struck by another motorist can lead to a DUI arrest and conviction if they are over .08 BAC regardless of how good they were driving. On, the other hand, a person under .08 BAC who is not “legally drunk”, can only be convicted if impaired driving is proven.

So what’s the problem with that? Medical Marijuana card are nothing more than a red flag and a target on the possessor’s back. A medical marijuana card tells the state and law enforcement who the marijuana users are. Marijuana is still illegal under federal law and most state laws. Aside from the affects on a user’s body and mind, being a marijuana user can affect a variety of legal statuses.

Significantly, users of marijuana are prohibited from owning a possessing firearms under federal law and subject a violated to lengthy prison terms in federal prison. A person getting a medical marijuana card to avoid a minor misdemeanor put themselves in jeopardy of a more serious felony. Admitting marijuana use to the extent of getting a medical card clearly puts the user in a conflict if the possession of a firearm has any meaning to them now or in the future.

Impaired driving is dangerous and the law should address impairment, not restrict the freedom of everyone. An outright prohibition against driving with any controlled substance, prescribed or otherwise, in a person’s system leads to arbitrary and discriminatory enforcement of the law. Drunk driving is only illegal when it is tied to impairment. Drinking and driving is not per se illegal. If it were, bars would be prohibited from having parking lots. While there is an abundance of evidence to prove that alcohol impairs driving at a certain level, there is insufficient evidence to prove impairment at any particular level for marijuana, cocaine and methamphetamine. There is no study to support metabolized marijuana and cocaine impair driving anymore than metabolized alcohol. Under the presumption of innocence that is supposed to guide the criminal justice system, whether it’s marijuana, cocaine, alcohol or Xanax, the Nevada should be required to prove impaired driving to arrest or convict a driver.

If you have been arrested or charged with driving under the influence of marijuana or cocaine, contact Las Vegas marijuana crime defense attorney Greg Knapp at 702-380-4199.