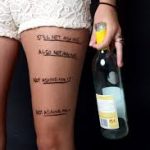 Are you facing charges of rape, date rape, sexual assault or an online sex crime charge? If you are the first thing you need to do is contact our Las Vegas sex crime defense lawyers for a free case review. Merely being accused of a sex crime, be it a misdemeanor or felony, will bring dire consequences to every aspect of your life.

While I have the qualifications to take on any type of sex crime case, it is easier for you to get an idea of how I am as a legal advocate by reading testimonials from people who have had me by their side. Here are just a few excerpts of testimonials that former clients have left after working with me:

“His phones are always answered, even after hours and weekends. He even gave me his cell phone number.”

“His professionalism and understanding was beyond what I could ever hope for.”

“In my opinion, Greg Knapp is one of the best attorneys in Las Vegas.”

“With Greg’s help, charges were never filed and the investigation ended.”

I am well aware that no two cases are the same but I am confident in my methods of defense and I give my full efforts to each case that I take on. If you are facing sex crime charges, you need someone who is willing to go to bat for you and I am that attorney.

Rape charges are very common occurrences in Las Vegas, Nevada. At our bars and clubs, things can get out of hand, and like any place in the USA, details can get hazy and false allegations can be brought against an individual for various reasons. Date rape, or “rape committed by a victim’s escort,” is one of the most common sexual crimes. Date rape is when “forcible sexual intercourse occurs during a voluntary social engagement, in which a woman does not intent to submit to the sexual advances of her escort and resists the advances through verbal refusals, denials, pleas to stop and physical resistance.” While this offense may not seem as awful as a standard rape charge, it is prosecuted in the same manner in Nevada.

There are many defenses that could apply to your case and if not enough evidence exists and I could help you achieve a charge dismissal or reduction. As a Las Vegas criminal attorney, you can rest assured that I will do everything I can to get your charges dropped or reduced. Defenses that could be relevant to your case include:

Penalties If Convicted Of Rape In Las Vegas, Nevada

If convicted of rape, penalties depend upon the age of the victim, whether the victim was substantially harmed and whether or not you have a prior record. If substantial bodily harm resulted, you could face life in prison. You will also not be given the possibility of parole if the victim is younger than 16.

If the sexual incident did not result in substantial bodily harm to the victim, you could face a life in prison sentence with the possibility of parole. The mandatory minimum prison time depends upon the age of the victim. For example, if the victim is 13 or younger, parole can be allowed after 35 years, whereas if the victim was 16 or older, parole can be granted after 10 years.

If you are a repeat offender, a subsequent conviction can result in a life in prison sentence without possibility of parole. If you are 18 or older and you had consensual sex with a minor aged 15 or younger, you can be charged with “Statutory Sexual Seduction” which is a Category C felony in Nevada. If you are 21 or older, this crime can result in one to five years in Nevada prison and an up to $10,000 fine. If you are younger than 21, you could face up to one year in jail and a fine up to $2,000.

In recent years, violent crimes have dropped in Las Vegas, yet sexual assaults have increased. According to one Las Vegas officer, “Sexual assault on the Strip corridor can be influenced by club drugs, excessive alcohol abuse and then you take the northeast area part of town, it’s often interfamily sexual assault, family member on family member.” In accordance with Nevada Revised Statute Section 200.366, sexual assault has been defined as, “When a person subjects another person to sexual penetration, or who forces another person to make a sexual penetration on himself or herself or another, or on a beast, against the will of the victim or under conditions in which the perpetrator knows or should know that the victim is mentally or physically incapable of resisting or understanding the nature of his/her conduct.”

According to the Bureau of Justice statistics, between 2005 and 2010, 78% of sexual violence involved an offender who was a family member, intimate partner, friend, or acquaintance. While many sexual assaults are legitimate in our city, it is also easy to be in the wrong place at the wrong time and to be accused of committing something you didn’t or be accused of assaulting someone when your sexual activity was consensual. Many individuals can be accused of this crime by a partner or a former partner because of anger, jealousy, revenge or in an attempt to receive custody of their children.

Nevada does not take these allegations lightly. After murder, sexual assault is considered to be the most serious crime in Nevada. If you are convicted of this crime you could face a lifelong prison term and you will be registered for life as a sex offender. Sex crimes can wreak long-term havoc on your life, as it can be difficult to secure a job and if the allegation involves your child, he/she could be taken out of your care. Penalties depend upon the age of the victim, whether the assault resulted in the victim sustaining substantial bodily harm and whether the perpetrator has criminal history. Make sure you contact our Las Vegas sex crime defense lawyers if you have been charged with sexual assault. I can help defend you against a tough prosecution.

WHAT PENALTIES ARE YOU FACING?

WHAT DEFENSES ARE AVAILABLE TO YOU?

Thankfully, there are many defenses available to you and with my background as a former district attorney; I can help you increase your chances of achieving a charge dismissal or reduction. I understand the other side and what arguments the prosecution will likely bring to the table. Let me put my 16 years of legal experience to work for you today and craft the best possible defense for you. Defenses that could apply to your case include:

GET THE LEGAL REPRESENTATION YOU DESERVE ON YOUR SIDE TODAY!

If I cannot get your charges dismissed, I may be able to argue it down to a lesser offense. I will do everything possible to get the prosecution to reduce the sexual assault charge to a battery charge. My firm understands that police can arrest someone based only on the testimony of an alleged victim, that the prosecution can proceed to trial without any substantiated evidence, and that false allegations are all too common as these crimes take place in private settings and become a “he says, she says” battle.

Because these cases can be extremely difficult to defend, it is imperative that you contact me today at (702) 930-5881 to secure the qualified representation you deserve! Don’t allow your reputation to remain tarnished or your future to hang in jeopardy any longer.

If I cannot get your charge dismissed, I can attempt to plea bargain to get your charge reduced to a lesser offense. Rape is one of the most serious crimes in Nevada and if you have been accused of this offense, it is imperative that you secure criminal defense on your side immediately. I can make sure that your rights are protected and I can begin the process of negotiating with prosecutors.