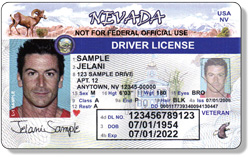 When the Nevada Department of Motor Vehicles (DMV) is notified that a driver had a BAC level of 0.08% or higher, his/her driving privileges will be revoked for 90 days. After being charged with DUI, however, before your driving privileges are more permanently revoked, you can fight to restore your license. Contact our Las Vegas DUI defense attorneys as they can help you with your DMV hearings.

You have the right to contest the suspension of your driver’s license in a Las Vegas, Nevada DMV administrative hearing. This is known as “due process;” if a judge believes there was insufficient probably cause to arrest you, your hearing can be won. After being arrested, you must contact the DMV within 7 days to request an administrative hearing. If you do so, the DMV will issue a temporary license pending the outcome of the DMV hearing.

While this is separate from your criminal case and will not establish your innocence, it is extremely inconvenient and life-altering to lose your driving privileges. By calling witnesses and presenting evidence at a Nevada DMV hearing, you might be able to hold onto your license. It is recommended that you do not go into a hearing without a DUI defense attorney; however, so get in touch with Las Vegas criminal defense lawyer, Gregory D. Knapp. I can make sure that your rights are properly protected!

In Nevada and other states DMV hearings are like a mini trial. While DMV hearings can be difficult to win, if a police officer does not show up to your hearing, you will most likely win by default. Also, a DMV hearing will allow you to cross-examine the arresting officer which could affect your criminal case (if the officer admits to mistakes in the investigation, for example).

Immediately after being arrested for DUI, it is imperative that you schedule your DMV hearing. DMV hearings usually take place four to seven months after your arrest. The DMV does not charge you anything to hold a DMV hearing, so the only costs you will incur are attorney’s fees. It is recommended that you have a legal advocate by your side, however, who understands Nevada DUI laws, who knows how to analyze evidence and attack a police officer’s arguments.

At the end of DMV hearings, the judge will either rule immediately or delay giving his/her opinion for 30 days. There are three DMV offices near the Las Vegas vicinity: one is actually in Las Vegas while another is in Carson City and the other is in Elko.